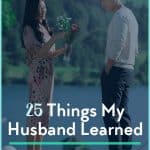 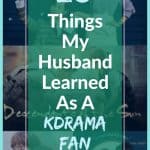 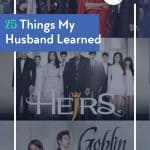 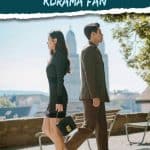 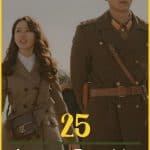 Have you joined the Korean Drama (Kdrama) bandwagon? We started watching these Korean drama series in February because my husband clicked on Crash Landing On You, thinking it was an action airplane crash series haha! Boy was he wrong! But he became an instant Kdrama fan! And he’s been hooked ever since.

So now I am posting this, his very own article on what he learned as a Kdrama fan. I am giving him the spotlight as he shares his very wise but funny observations and realizations from all the Korean dramas we have watched.

*DISCLAIMER: This post contains copyrighted material or images the use of which have not been specifically authorized by the owner. For more details, please see our Disclaimer page.

The Bored Husband on Lockdown

The COVID19 pandemic and ensuing lockdown of Metro Manila resulted in a lot of office workers like me staying home for almost two months, dividing my time between WFH duties and bonding with my son.

To pass the time, I’d try to read some books, but the boredom was simply too much. Ok, fine, it was hell. I needed something to stimulate the brain…even if it was from what was derisively called the idiot box (that’s television for you millennials).

I decided to expand my not-too-broad menu of Netflix selection of mostly action films or series and see if I can last through an entire season of a Kdrama series.  My spouse has been nagging me to watch some Kdramas with her for some time and this was met mostly with adamant, if not robust refusal…rinse, repeat.

The Birth of the Kdrama Fan

As luck would have it, yes.  I watched the made-for-Netflix Korean drama Crash Landing On You….And, after a slow start…I was floored.

I didn’t know that kdramas could be this good!  The feature length episodes, lush scenes, great acting (which sometimes borders on cheesy), great comedy (and I don’t even speak Hangul) which uses a lot of Asian humor!

I had to watch it over and over, listen to the excellent OST on my Spotify going to and from work.

In the end, my wife was now saying, “I have a convert!”, smiling proudly (or smugly, I couldn’t tell).

The Observations About Korean Dramas

After watching a couple of other titles like Descendants of the Sun, What’s Wrong With Secretary Kim?, My Love From the Star, Legend of the Blue Sea, Fight for My Way, Touch Your Heart, and recently Goblin, I’ve come to realize that there are some elements of Kdramas which are recurring or repeating, notwithstanding the story line.

These elements always come to highlight a realization by the leading man or leading lady, to bridge plots or scenes with the supporting cast, or simply to have a shameless, if not subtle, product placement.

So, without further ado, here they are!

The Things I Learned As A Kdrama Fan

1. The Lead Characters MUST INITIALLY HATE Each Other

Dunno if this is a thing even with Pinoy teleseryes (Filipino TV drama series) but I’ve yet to see a situation where there was love at first sight between the leading man and leading lady/love interest.

This plot line typically highlights the clumsy or awkward situations the leads find themselves in.  I guess it is supposed to make them more adorable and human as compared to characters that behave or act perfectly.

Essentially the supporting cast, who are the BFFs, moms/stepmoms, dads/stepdads, aunts, uncles BFFs, classmates, co-workers, even platoon members (in the case of CLOY and DOTS) are there to provide added comic relief, if not a shoulder to cry on for the leads.

*CLOY (Crash Landing on You) and DOTS (Descendants of the Sun)

This is a thing, apparently, for either lead character.  It is imperative that something tragic happened when they were young…or during their past life in the Joeson Era.

Oh, and honorable mention is the single teardrop rolling down from one eye…now that is a skill every Kdrama actor should master.

A definite non-negotiable, because drinking Soju is the only way you can get your lead characters to confess their feelings for each other.

But heck, I was so intrigued that Soju is now one of the beverages I crave.

When our lead female character gets completely smashed from the soju, she is given a respectful piggy ride back home by her love interest.

Sometimes, she is even tucked in..aww…

While I’m not an avid beer drinker myself, I certainly see how Kdramas incorporate beer and chicken a lot in their scenes and they look really tasty.

8. Put Your Head on My Shoulder

Ahh…when the female lead becomes so sleepy at the bus, the most convenient pillow is the male leads shoulder. Swoon ensues, especially if it’s Hyun Bin’s shoulder…

9. “Do you want to come up for some instant RAMYEON?”

Ok, so someone told me that this is a shameless pick-up line where you basically ask for sex.

These are all common product placements because these are the places where the lead characters fulfill their hunger pangs.

For Goblin, when the guardian Gong Yoo gives you a sandwich, it is usually a sign of good fortune to come.

11. Facial Care is Not Only for Women

There are a lot of scenes with men using facial masks… Sometimes more than the female characters.

Whether it’s watching Kingdom, Legend of the Blue Sea or even Goblin, apparently this period of Korean history has a lot of rich material that writers can draw from.

I’m trying to find out if I am actually the reincarnation of a Korean man from the Joeson Era so I can wear those tall hats.

Oh wow.  Where do I begin? CLOY had Jaguars and Range Rovers. My Love From the Star and DOTS featured Mercedes, others featured Lexus or American muscle cars.

I can’t find a series where the characters own an ordinary Toyota or Hyundai.  Somehow, I get the feeling that it’s also product placement.

Well….it’s in a word…fantastic.  CLOY featured Hyun Bin sporting a Chopard sports watch, while Goblin had a character using a Tag Heuer Monaco.

Seriously, men from the West can learn a thing or two from Koreans.

When your love interest suddenly gets up, turns around and walks away….Grab her by the arm for an instant hug… Or kiss!

There is the inevitable, awkward slip of the leading lady resulting in a fall… Where the leading man ALWAYS CATCHES her with his arms or his body… Only for their eyes to meet, and instant tension!

But wait, how does the leading man always time his catch so well?

According to the Kdrama leads themselves, it is usually the time when you can confess your feelings to your first love and you are given a license to kiss them.

Note to self… In order to avoid confusion and misinterpretation of your intentions, DO NOT OPEN an umbrella over someone you have no romantic feelings for.

Pretty common for local teleseryes as well.  Rain can either make things more romantic or more miserable for the lead characters in the scene.

It could be shoes, a ukulele, a mug shaped like a mouse, or even a piece of a jigsaw puzzle.

If you remember your love interest because of it, it becomes something that focuses the lead character’s feelings for his/her love interest.

If you are a conglomerate heir, expect to have your entire life planned out for you down to the shoes and your manner of saying anneyonhaeseyo! Hahaha!

That goes for whomever your rich parents want you to marry.  Usually the scion or unica hija of another chaebol or conglomerate.

22. Stroking a Girl’s Hair (or Tying it up in a Ponytail)

Oh the wardrobe! It’s like the characters walk right out of the pages of a fashion mag…well, most of the time.

The only time I think they didn’t do that was for DOTS and The Inheritors where the leads wore either military uniforms or school outfits.

And just like the end of each episode, you know you’ve come to the end of one if the lead characters stand face to face, with long meaningful looks.

It’s when my wife starts stomping her feet because of the cliffhanger that goes with it.

The Last Word from the Korean Drama Fan

That’s it! A quick, concise but comprehensive list of South Korean Kdrama elements which I have compiled for the past 2 months of binge watching on Netflix.

Let me know if there is something I missed!

The Last Word from the Kdrama Addict’s Wife

And that, folks, was Hubby being a Kdrama fan! He really is a Korean drama convert as he noticed all these things he learned from watching them each night.

Did you like Hubby’s list? Were you able to relate to any of them? Did you observe the same things?

Do leave your COMMENTS below and let Hubby know if you enjoyed the things he learned as a Kdrama fan!

Get the latest posts, tips, and more helpful Parenting resources straight to your INBOX!